The Worldview Is Flat: Heidegger and the Metaphysics of Globalization

While reading Thomas L. Friedman’s description of how he exclaimed to his wife “I’m going to write a book called The World Is Flat,” I could hear in my mind Martin Heidegger retorting, “The worldview is flat.” In the book he did write, Friedman considers the flattening of the world to be a phase of globalization that began with the fall of the Berlin Wall. In Heidegger’s work The Age of the World Picture there is no mention of “globalization” as such. Yet the essay does describe how a confrontation of worldviews results in the “flattening” of objectivity. This paper will demonstrate how Friedman’s notion of globalization as the levelling of the economic playing field brought about by technological change is consistent with Heidegger’s metaphysical notion of a confrontation of worldviews. It will also propose that our current age of globalization, although markedly different from Heidegger’s age of world picture, represents a metaphysical shift anticipated by him. Finally, it will suggest that reflection on the different metaphysical groundings of the medieval, modern and postmodern ages reveals a technological spectrum that begins with the mythology of creation and ends with the ideology of globalization. END_OF_DOCUMENT_TOKEN_TO_BE_REPLACED 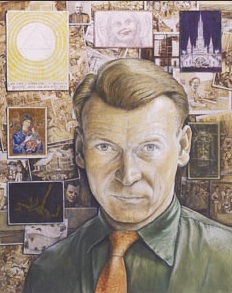 In March I visited the “William Kurelek | The Messenger” exhibit at the Art Gallery of Hamilton. You can learn more at the exhibit Web site. 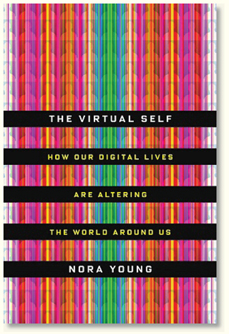 On April 24th I attended the book launch in Toronto for The Virtual Self: How Our Digital Lives Are Altering The World Around Us by Nora Young.

Hugo and the Mechanization of the World

The opening scene of Martin Scorsese’ film Hugo depict the image of the moving gears inside a clock that is superimposed upon the round about of the Avenue des Champs-Élysées.

Without a doubt, this scence serves as a symbol of the mechanization of the world. However, the film does not offer an analysis of the implications of this transformation of society.

I recently had an opportunity to visit the National Gallery of Canada and watch over nine hours of Christian Marclay’s video installation entitled The Clock.

Saint Thomas Aquinas and the Quandary of Technical Progress

The following paper was presented at St. Matthew’s Church, Oakville, on January 28, 2012, for the Communio Circle of the Diocese of Hamilton in honour of the Feast of St. Thomas Aquinas: END_OF_DOCUMENT_TOKEN_TO_BE_REPLACED

Truth Cannot Be Contrary To Truth

On November 23rd of this year, I gave a lecture at McMaster Univeristy entitled Truth Cannot Be Contrary To Truth: Blessed Cardinal Newman on the University, Theology and Science. Here is a video of the introduction:

I plan to post the text of the lecture as well.

The Challenges of Ivan Illich

I was first challenged by Ivan Illich (September 4, 1926 – December 2, 2002) when I heard him interviewed by David Cayley for a CBC Radio IDEAS program called “Part Moon Part Travelling Salesman” which aired in 1989. Subsequently I was challenged by his writings, in particular, his work Tools for Conviviality, a manifesto originally published in 1973 against technologies that advance the industrialization of systems such as education, transportation and health care. Thus, he became one of those extremely influential thinkers, along with Martin Heidegger and Jacques Ellul, who permeate my own thought but rarely receive mention in my own work. This is not a matter of tacit plagiarism. It is simply that some authors have changed me in a way that is radical and at the same time impossible to pin down to quotations. Sometimes the impact of a good book is like the inspiration of a dear friend whose influence is appreciated yet difficult to articulate. I myself never met Ivan Illich, and given the fact that he died almost a year ago, I can say that I never will meet him. However, a few months before he died, two of his friends, Lee Hoinacki and Carl Mitcham edited and published The Challenges of Ivan Illich: A Collective Reflection, containing 19 essays written by friends of Illich and a transcript of an address given by Illich. In this way, this diverse group of friends, who range from students and activists to publishers and professors, attempts to articulate how Illich influenced them. END_OF_DOCUMENT_TOKEN_TO_BE_REPLACED

Mainstream media are portraying the Occupy “movement” as a protest against economic policies that favour the rich. When you look at what is actually happening on the ground, however, the protestors are more concerned about the promotion of democracy than the redistribution of wealth per se. Thus, the media have created the expectation that the protestors should have specific demands, what I call technical feedback. Whereas the way they are organizing themselves represents what I call non-technical feedback. In other words, the protestors are demonstrating how democracy should be based on solidarity.  (Update tomorrow. Good night.)

I Ping the Body Cybernetic

I presented a paper entitled “I Ping the Body Cybernetic: Wearable Computing and Medical Diagnostics” on November 4th, 2004, at the Technology and the Body Conference held at the Canada Science and Technology Museum, Ottawa, Canada. The Introduction follows:

I Sing the Body Electric;
The bodies of men and women engirth me, and I engirth them;
They will not let me off nor I them till I go with them and
respond to them and love them.
Walt Whitman (1819–1892).  Leaves of Grass.

In the past decade the miniaturization of digital hardware and the proliferation of wireless communications have led to portable computing products that are networked. This trend, combined with the practice of storing patient medical records in computerized databases, has led to research projects that utilize wearable computing for continuous medical diagnostics, such as devices for diabetics that monitor blood glucose levels over the Internet. Developers of these technologies claim that they enable patients to gain autonomy within the health care system and empower them to take greater responsibility for the decisions that govern their health. However, when humans are inserted into a cybernetic feedback loop that reduces their health determinants to medical data they may find that their virtual bodies displace their social bodies and that they are further alienated from, rather than integrated into, decision-making within the health care system.

The paper can be downloaded here.